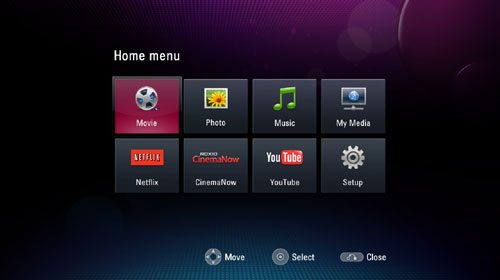 I can’t possibly be the only one amused by all these low definition features coming from your blu-ray player, right? That being said you could argue you would be paying the same amount with or without the features so might as well throw them in. It will be interesting to see how the field evolves and where the focus migrates to…at least the interface looks really easy to use.