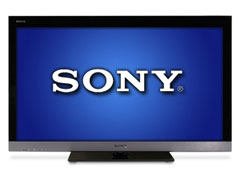 Sony has suffered through several years of rocky financials. One of Howard Stringer’s primary goals when he became CEO of Sony was to restructure the company to become competitive against more nimble international competitors. Sony’s TV division has been one of the biggest drags on the company’s bottom line, and it looks like it is finally starting to get the attention it needs. Sony has been selling off production plants around the world and backing out of unfavorable production deals with Sharp, Toshiba, and more recently, Samsung, but evidently those were just the first steps. A more comprehensive restructuring looks to be next on the list. Hopefully restructuring will generate some internal competition because the current approach of moving away from partnerships might work financially in the short term, but seems likely to result in stagnant product lines.

Sony said it will split the TV division into three, in charge of LCD TVs, outsourcing, and next-generation TVs, on November 1.

“By dividing into three divisions, we will make clearer the mission and responsibilities of these,” said Sony spokeswoman Ayano Iguchi.