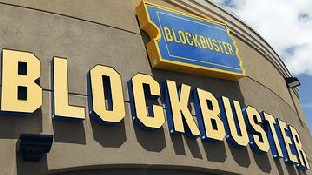 About two years ago, Warner Bros. decided that declining DVD sales were the result of ubiquitous, inexpensive rentals and pushed Redbox into a 28 day delay on new movie rentals. Netflix came next, then Blockbuster Express. Blockbuster had managed avoid a similar agreement, presumably because the company’s bankruptcy proceedings had made the company too weak to push into signing on. Well, congrats to Dish Network on turning Blockbuster’s fortunes around. I honestly don’t understand how the 28 day delay is supposed to improve DVD sales. If I was waiting to rent the DVD instead of going to the theater, am I really going to care about an extra couple of weeks when my queue is already full of movies and TV shows. Has the 28 day delay prompted you to buy more movies?

While Blockbuster has had delays at its kiosks already, being first to get new flicks in stores has been a part of its marketing for a while. The LA Times reports Blockbuster so far is turning to simply buying the copies it needs at retail to rent them out immediately, but we’ll see how long that lasts.