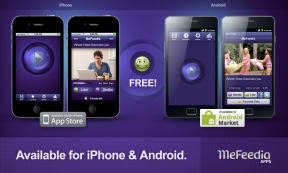 MeFeedia has dropped an iPad app, rounding out their selection of iOS and Android apps. MeFeedia is a media sharing service that aggregates and shares media links submitted through user links and RSS feeds. Although search plays a prominent role in the MeFeedia website, it is not a part of the MeFeedia apps.

Of course, there are plenty of apps out there for checking out new videos — but most of them are centered on surfacing videos that your friends have liked or shared from social networks. MeFeedia hopes to introduce viewers to new videos not by connecting them with things others have shared, but by learning what they like and trying to guess which videos they might enjoy. As a result, most videos first displayed are in the “popular” category and recommendations improve as you tell it what you like (or don’t like).

There is something refreshingly quaint about the idea of a media service building a recommendation engine without trying to tie into established social graphs. Presumably, MeFeedia is taking an algorithmic approach, the development of which can field intellectual property that can be licensed to other media services.

The primary reason that the MeFeedia app caught my eye was that it struck me as an example of why Windows 8 and its new Metro Start screen holds so much promise for HTPCs. My antisocial bias means I have a somewhat under-developed social graph, making me a prime example of the demographic that MeFeedia might be able to better serve than another service relying on Facebook and Twitter for recommendation guidance. However, even if Window Media Center were the easiest platform in the world to develop for, its limited user base means we would never see these sort of out-of-the-mainstream apps being released for WMC for use on the big screen. It just would not work there; but you can bet that MeFeedia’s developers are already at work on a version for the Windows App Store.