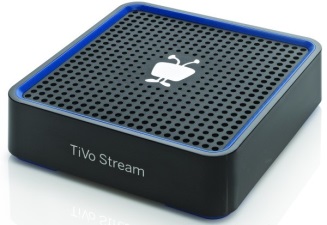 We’ve seen the new TiVo Stream previewed, so it was only matter of time before someone would put together a full-on review. The TiVo Stream is TiVo’s new IP trancoder, a small box that sits on one’s network and provides mobile devices with streaming access to recordings and live TV from a TiVo Premire DVR. The Stream can also convert and transfer recorded shows to mobile devices for watching later on the go. It sounds like the TiVo Stream works better with recordings then with live TV streams, but with support for up to four iOS devices, it would still be a solid solution for the Apple/TiVo devotee household. I woudn’t be surprised to see the Stream’s functionality integrated into a future version of the TiVo Premiere, but hopefully TiVo will find a  long-term spot in their product line-up for the Stream to accomodate legacy Premiere owners and to serve as an upgrade option with a less expensive Premiere.

User interface elements aside, the TiVo Stream does just what it sets out to, but with a few quirks. The first is that it only streams recordings, so selecting “Watch on iPad” while browsing the guide is tantamount to starting a recording on the fly. That means it takes about eight seconds to start streaming, whereas it would take less time to begin streaming something that was already recorded. That isn’t a big deal, but it is a bit odd when a show ends and the next one doesn’t begin.