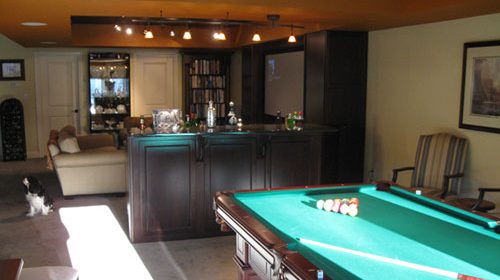 I love the layout of this "man pad" but could do without the sofas which I think stick out like a sore thumb. And maybe it’s just the pictures, but there sure seems to be a lot of light to have a front projection unit on the screen. But hey, I’m not an installer so what do I know. I’ll still take that pool table!