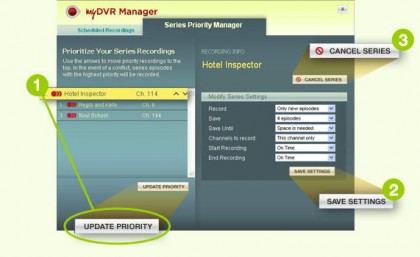 Now here’s a frustrating situation–years ago, us Media Center folks enjoyed life with remote web DVR scheduling via Webguide or Remote Record well before any cable or satellite providers even thought about it. Fast forward to today and now several providers offer it, while Webguide has been absorbed by Microsoft and Remote Record has been killed off. FWIW I believe SageTV has a fantastic web DVR scheduling app, as does BeyondTV–damn you cablecard.