Roku Launches in the UK and Ireland 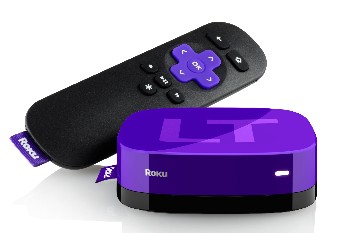 Hot on the heels of Netflix’s launch in the UK and Ireland comes word that Netflix’s original hardware partner, Roku, is also making the hop across the pond. Roku is launching their first streamers in the region. The launch devices represent the two ends of the lineup spectrum for Roku with the Roku LT handling the entry-level and the Roku 2 XS at the high-end. The devices will launch at £49.99 and £99.99 respectively and are currently available for pre-order at Amazon.co.uk. Roku is boasting more than 40 channels at launch and expects to announce more channels by the time the petite streamers ship at the end of January.

Roku currently features more than 40 channels of content in the U.K. and Ireland including on-demand films and programmes from Netflix and Crackle (Crackle is currently not available in Ireland); live and on-demand sports from MLB.TV and Ultimate Fighting Championship organisation; music from Classical TV and TuneIn; photos and videos from Facebook and Flickr; news and entertainment from WSJ Live from the Wall Street Journal, FoxNews.com and others from around the world – plus casual games like Angry Birds.

Roku Streaming Players Launch in the U.K. and Ireland

Easy-to-use Roku Platform Enables Online Streaming of Video, Music and Gaming Content to Any TV without a PC

Saratoga, Calif. and LONDON – Jan. 10, 2012 – Roku ®, the leading streaming platform in the U.S., today announced the company’s launch in Europe with the first of its streaming players now available for purchase in the United Kingdom and Ireland.  Consumers living in those two countries can choose from two of Roku’s best-selling models in the U.S. – the Roku LT and the Roku 2 XS – with both now available for pre-order at Amazon.co.uk.

Roku currently features more than 40 channels of content in the U.K. and Ireland including on-demand films and programmes from Netflix and Crackle (Crackle is currently not available in Ireland); live and on-demand sports from MLB.TV and Ultimate Fighting Championship organisation; music from Classical TV and TuneIn; photos and videos from Facebook and Flickr; news and entertainment from WSJ Live from the Wall Street Journal, FoxNews.com and others from around the world – plus casual games like Angry Birds. Roku expects to announce additional major content channels by the time its players ship to customers in the U.K and Ireland.

“Roku launched the first ever streaming player to deliver Netflix to consumers in the U.S. and now we are among the first to bring Netflix to residents of the U.K. and Ireland,” said Clive Hudson, vice president and general manager for Europe at Roku. “In addition to Netflix, we are launching with a variety of entertainment channels and look forward to expanding our content selection in the same way that we have in the U.S. where we have more than 400 channels today.”

“Roku players will offer new Netflix members in the U.K. and Ireland a great streaming experience with high-quality video delivered through an easy-to-use product with an attractive price,” said Greg Peters, vice president of product development at Netflix. “We’re happy to count Roku amongst the devices that stream films and TV programmes to the TVs of our new members in these countries.”

“Crackle’s ad-supported service on Roku players in the U.K. will provide consumers with a uniquely curated experience that includes a variety of Hollywood movies and TV episodes for free,” said Eric Berger, executive vice president, digital networks, Sony Pictures Television. “Roku is an exceptional partner and we’re delighted to grow our relationship as they expand into these new territories to bring an unparalleled viewing experience to consumers.”

The Roku LT is the lowest-cost option for streaming Roku’s video and music entertainment directly to a TV, without a PC. The Roku LT connects to the Internet instantly via built-in WiFi and supports up to 720p high-definition video.

The Roku 2 XS provides the ultimate in TV entertainment.  It features the content found on the Roku LT and adds casual games including Angry Birds. To enable casual gaming, the Roku 2 XS features an included motion-controlled game remote – which connects via Bluetooth – and a MicroSD slot for additional game storage.  The Roku 2 XS supports up to 1080p high-definition video and includes an Ethernet port, in addition to built-in WiFi, for a wired Internet connection. It also includes a USB port for playing music, videos and photos off of any USB drive.

Both the Roku LT and the Roku 2 XS connect to standard-definition or high-definition TVs via RCA or HDMI.

Roku’s open streaming platform brings new content providers to the TV screen and expands the offerings of existing platforms such as channels found on traditional cable and satellite networks. Content providers interested in delivering entertainment to the TV can contact Roku at partners@roku.com.

The Roku LT and the Roku 2 XS are available for pre-order now at www.Amazon.co.uk for suggested retail prices of £49.99 and £99.99 respectively. Both models are expected to ship at the end of January. Additional retailers in the U.K. will be announced at a later date.

Roku is a leading streaming platform. Since launching the first Netflix streaming player in 2008, Roku has delivered entertainment content to approximately 2.5 million streaming players. The Roku platform features a growing collection of channels including Netflix, Amazon Instant Video, Crackle, Hulu Plus, HBO GO™, MLB.TV, Pandora, Facebook and Angry Birds. Renowned for their ease of use, value and selection of content, the award‐winning Roku streaming players are available for purchase through leading retailers in the U.S. and from Amazon.com in the U.K. and Ireland. Roku was founded by Anthony Wood, inventor of the DVR. For more information, visit www.roku.com.