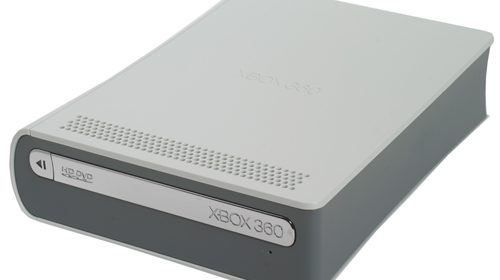 In case you haven't heard, a good easy & affordable way to get HD-DVD on your system is with Microsoft's add-on to the XBox 360, which luckily also works in standard Windows XP systems. Take a gander to see if it's something to put on your list for Santa.


Microsoft has done a good job of providing high definition movie
functionality at a very affordable price. Yes, if you add the cost of
this drive to the cost of an Xbox 360 it amounts to a fair wad of cash,
but if you already own an X360 the price of the drive is pretty
attractive.


The amount of noise emanating from the console and the drive can be an
issue and the lack of HDMI may be a deal breaker for the movie purist,
but then that kind of user isn’t ever going to watch films on a games
console anyway. Ultimately though, if you’ve bought an Xbox 360 and an
HDTV to go with it, £129 isn’t a lot to ask to add HD movies to your
set up.