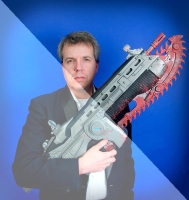 The Xbox 360’s fall update brought a whole slew of new video playback options, but as it turns out the update also brought with it a nasty bug affecting the system’s RGB colorspace output during video playback. The result was a washed-out image and more visible compression artifacts. It took awhile, but Microsoft is finally acknowledging the issue and has reported via Major Nelson that they are working on a fix. There is no ETA on the fix beyond “soon”, though the fact they are at least admitting there is an issue is a move in a right direction. I guess we can count ourselves lucky that Major Nelson is listening.

Xbox’s Major Nelson tweeted yesterday that he’s heard the public outcry — or maybe he saw Eurogamer’s in-depth demonstration of the new dash’s short-range RGB levels — and he says the team is working on a solution.