Grooveshark Loses Only Ally, Being Sued by All Four Major Labels 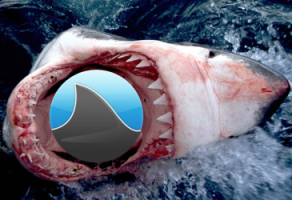 Grooveshark is probably feeling like they don’t have a friend in the world right about now. Grooveshark has always been the odd duck of the music streaming services. It offers music search and streaming radio channels similar to Pandora, but rather than licensing music from the labels, Grooveshark instead builds its catalog from the music its users upload. The music streaming service’s unique approach to building its catalog has earned it the legal ire of Sony, Warner, and Universal already, but now EMI, the one major label that had a royalty agreement with Grooveshark, has canceled their agreement and is joining the other labels in suing Grooveshark. According to EMI, Grooveshark has never paid any royalties or provided EMI with the required financial paperwork. It will be interesting to see if the courts will go along with Grooveshark’s interpretation of the DMCA and the protections that Grooveshark thinks the law provides their service without any of the major labels providing legitimacy to the service’s business model.

EMI claim that Escape Media has breached the contract they struck up in 2009, saying that it has “made not a single royalty payment to EMI, nor provided a single accounting statement.” The New York Times suggests that Grooveshark currently owes EMI at least $150,000 in royalties. Oops.