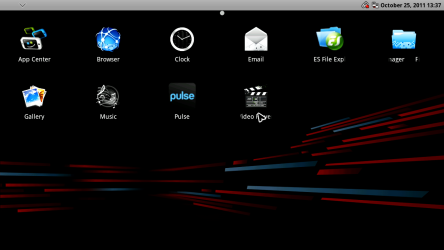 The A.C. Ryan VEOLO is an Android 2.2 based media streamer. It isn’t rocking the Realtek or Sigma Design chips that we usually see in these sort of devices, but rather a 1Ghz ARM Cortex-A9 processor. The VEOLO lacks HD audio support, but it looks like it covers the standard video formats reasonably well. While I appreciate the versatility of Android and the apps it can run, I’m not so sure about the UI. There’s something somewhat off-putting about menus that look like they still belong on a smartphone, especially when we are seeing so many manufacturers turning to Android for its customizability.

Since this is the very first attempt by A.C.Ryan to enter the Android market the VEOLO makes use of the Android 2.2 OS version allowing you to access rich content social media sites, play Android compatible games and of course watch all your favorite movies. However since the 2.2 Android version was one with quite a few issues i was quite skeptical about what to expect since as mentioned the XROID A1 by DViCO did carry quite a few issues at launch.