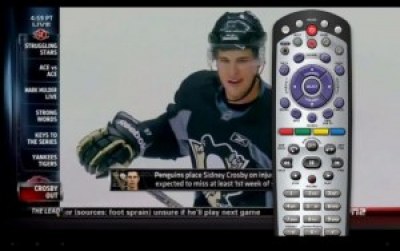 The SlingPlayer mobile app has been available on Android for a while now, but only for Android phones. Folks running Android Honeycomb-based tablets like the T-Mobile 7″ tablet have been left to use an app designed for a 3-4 inch screen on their 7-10 inch tablet. The Android phone app will continue to work on tablets in this less-than-optimal “compatibility mode”. The tablet version of the Android app will be $29.99 like the other mobile Sling apps and will be rocking an improved program guide, support for higher resolution video streams, and Sling’s new virtual remote. The virtual remote creates a replica of the SlingPlayer remote control of the screen and allows you to control your SlingPlayer as if you had the remote in your hand. We have seen similar remote control systems for mobile apps, but never quite so literally translated to the handheld screen.

The application basically lets Slingbox owners watch home TV from their Android tablets. (The Slingbox retails for $180 and up).

New to this release of SlingPlayer is a revamped program guide that Sling Media says makes it easier to browse content choices while continuing to watch TV, change channels and control their DVRs.