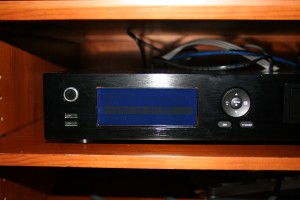 Damian from MediaSmartServer.net got his grubby hands on one of the first C-200’s out there and took it for a test drive. Not surprisingly, the thing is pretty awesome, but the display is pretty useless. A tidbit he shares, the C-200 CAN bitstream high definition audio! Pretty impressive.