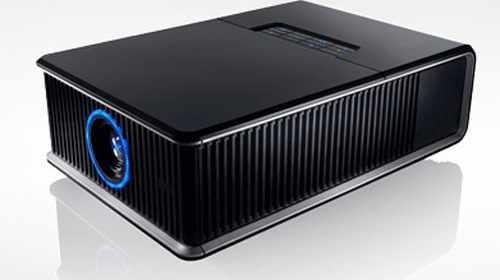 Here’s a pretty cool looking projector for you lucky guys with dedicated home theater rooms. Although, I’m not sure how many of you would put the projector out in the open, but this one is feature filled in addition to being attractive.