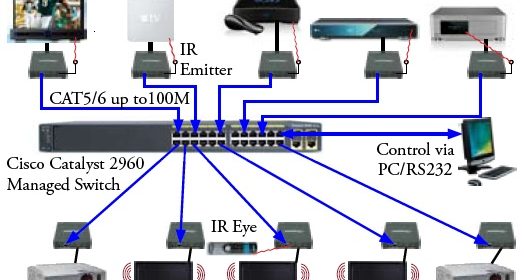 Sorry I was out a couple days, and right during one of the largest shows of the year, CEDIA. Fear not, I’ll do my best to get everyone caught up. Here’s a cool technology that was announced, allowing you to distribute video over IP for HDMI. Pretty cool barring any revisions to the HDMI spec that would limit the features here.