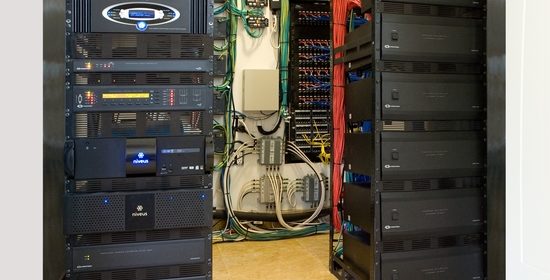 I always look forward to the winner of the Ultimate Media Center Setup. This is the second year they have done it, and the winner is always an impressive install in a ridiculously nice house. This year was no exception. Just look at the size of those racks!