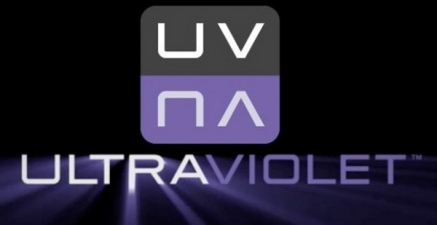 UltraViolet, the movie studios’ attempt at establishing a digital media locker system, launched last October. The first studio to support the initiative was Warner Bros., who has run their UltraViolet storefront and account service through Flixster. The “buy once, play anywhere” service got off to a rocky start, but has continued to plug along, perking the interest of Akamai and picking up Paramount for direct UltraViolet sales along the way. Despite the early reactions and limited content, it would seem that people are at least trying out the service.

iSupply has announced that as of the end of January 2012, UltraViolet had accrued 800,000 accounts, 50,000 of which were added in January. That being said, UltraViolet users are only averaging 1.25 titles per account. These numbers may be enough to make iSupply’s analyst bullish on the future prospects of UltraViolet, but I would probably want to reserve judgement a bit longer. If that average does not improve in coming months as established account holders continue to register new movie purchases with the service, then that should serve as a good indicator that consumers are not finding the value in UltraViolet’s proposition.

The bigger concern though is the emphass that is being placed on UltraViolet adding 50,000 accounts in January. The service launched in October, last year. This means that UltraViolet added an average of 250,000 accounts a month for the last three months of 2011, but only managed to add 1/5 as many accounts in the month following the biggest gift-giving frenzy of the year and in the midst of CES, the one time of year that every mainstream news outlet can be guaranteed to provide coverage of the big trends in consumer electronics and media. Trends like UltraViolet. Even if UltraViolet can keep January’s average for the rest of 2012, the service will not add as many accounts as it did in 3 months in 2011. This is not to suggest that hitting 800,000 accounts in 4 months is not a significant accomplishment for a service with extremely limited content offerings that was so widely derided at launch, but do these numbers paint a portrait of success?

More Blu-ray titles are featuring the digital media option and consumers are at least trying the movie industry’s alternative to, well, piracy. iSupply just announced that there are now more than 800,000 household accounts, up from 750,000 at the beginning of 2012. But so far it seems most of those accounts are just testing the waters, as iSupply notes that the average account has 1.25 titles.