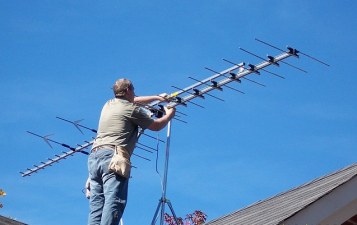 Boxee recently caused a stir when it joined forces with the Consumer Electronics Association in petitioning the FCC to continue to force cable providers to offer unencrypted basic tier service, but perhaps the company should have been petitioning Congress not to approve the sale of TV spectrum. A recent report in the Wall Street Journal combines some Nielsen figures concerning cord cutters and anecdotal retail evidence of rising antenna sales to suggest that broadcast TV viewership is making a comeback. The anecdotal evidence comes via a seller in St. Louis who specializes in TV antennas who is projecting to double his 2011 sales to 1.2M antennas after years of rising sales. At the same time, Nielsen is reporting that the number of Americans with wired broadband and broadcast TV only has risen to 5.1M as of the third quarter of 2011. Put it all together and paint with some broad strokes, and it would appear that the cable companies might be in danger of cord cutting going mainstream. This would be good news for Aereo, Barry Diller’s new startup predicated on fusing broadcast TV with web streaming, though Comcast’s recent good news might indicate that an improving economy is all the cable companies need to regain their momentum. Are cord cutters the vanguard, or destined to remain a niche?

The average monthly bills for basic cable service and broadband service add up $91.44, before add-ons like high definition and premium channels, according to SNL Kagan. By sacrificing basic-cable channels, and signing up for Netflix Inc., a household could pay less than $48 per month.