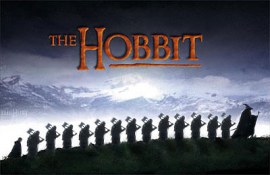 Netflix will be launching in the UK and Ireland in early 2012 and they are going to be facing some serious competition from the Amazon-owned LOVEFiLM streaming service which is already firmly entrenched in the region. Unsurprisingly, Netflix is looking to line up some content that will help differentiate their service and give them a competitive edge. Today Netflix announced that they have secured the exclusive streaming rights to most of MGM’s first-run movies. I wouldn’t be surprised if Netflix doesn’t make other similar announcements before they flip the switch in the region.

Today, the two companies announced a new licensing agreement that will give Netflix exclusive regional streaming rights to “most first-run feature films from MGM.” Included on that list of movies are The Hobbit: An Unexpected Journey, the prequels to Peter Jackson’s Lord of the Rings trilogy and 21 Jump Street, among others — all of which will be available across multiple platforms within one year of their theatrical release.