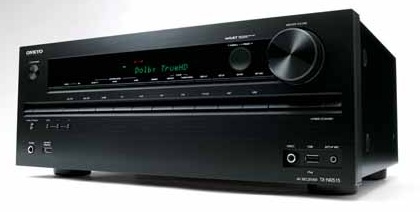 When we dropped in on Onkyo during CES I was impressed with InstaPrevue and MHL, but a little disappointed in my ability (or better said, lack thereof) to pry any details from them regarding the 2012 lineup. Given the vague answers received, I was a bit concerned that those features wouldn’t make it into enough of their products to really be useful to most consumers. Fortunately, with a product announcement issued this morning we’ve learned about four new audio video receivers (AVR), and except for the so-so level of room correction (Audessy 2EQ) Onkyo has continued its history of delivering an incredible amount of features per $. A quick breakdown is included below, with the full PR available after the click for those looking for more details.

UPPER SADDLE RIVER, NJ (2/13/12) — Onkyo, the leader in home theater technology, has announced the first four new AV receivers for its 2012 line, including three with network capability, including one with THX certification. All have USB connections and additional HDMI® inputs.  The line also includes the world’s first AV receivers to employ Silicon Image’s InstaPrevue™ and Mobile High-Definition Link (MHL) technologies. Furthermore, the three network capable models are the world’s first AVRs to include music ‘cloud server’ access via MP3tunes™.

The TX-NR616 is most powerful model in this release, and it is backed by a THX® Select2 Plus™ guarantee of cinema-quality sound. Achieving this demanding certification standard for audio quality is made possible partly by the use of Onkyo’s three-stage inverted Darlington circuitry.

The TX-NR616, along with the TX-NR515 and TX-NR414 are the world’s first to include InstaPrevue, which provides on-screen video thumbnails to show the content currently available on HDMI-connected components making input source selection easy. The TX-NR616 and TX-NR515 are also the first to include MHL, an interface protocol that facilitates the playback of 1080p video and stills with 7.1 channels of surround sound over HDMI from MHL compatible smartphones and other portable devices.

Whether using the hard-wired Ethernet connection or wireless networking via an optional Onkyo UWF-1 Wireless USB adapter, these network receivers allow users to enjoy a vast selection of internet radio stations, stream from services such as Spotify or MP3tunes ‘Cloud’ services or connect to computers and other devices on the network. Users can control all network AVRs with an iPod touch®/iPhone® or Android phone with a free Remote App. A slick GUI makes setting up, controlling input sources, and streaming music from the handset (Android phone only) a stress-free experience.

The front-panel USB port on all four receivers also provides a direct digital connection of an iPod®/iPhone® or flash-memory device. The TX-NR515 and TX-NR616 have an additional USB port on the rear panel that can be used for the optional UWF-1 adapter leaving the front-side USB free for iPod and iPhone.

The TX-NR616 and TX-NR515 also offer superior video performance thanks to on-board Qdeo™ processing technology by Marvell. This provides analog video upscaling to 1080p, and up to 4K (4096 x 2160 pixels) scaling when used with a compatible 4K display.

To help support the increasing numbers of HDMI devices available, Onkyo has given the TX-SR313 four HDMI inputs while the TX-NR414 sports six. All support 3D video, Dolby® TrueHD and DTS-HD Master Audio™ decoding and ARC all through an easy-to-use interactive OSD. The top models incorporate eight inputs plus two outputs for connecting a TV and a projector. A ‘Q’ remote button overlays a ‘Quick Set-Up’ menu on the program being watched via HDMI. Furthermore, Hybrid Standby allows HDMI pass-through to the HDTV while the receiver is off, allowing the user to quickly catch the news, weather, or kids’ TV without powering up the whole home theater system.

All models have connections for legacy analog and digital audio technology. Additionally, the TX-NR515 offers distributed audio with Powered Zone 2, while the TX-NR616 adds Powered Zone 2 and a Zone 3 line-out.
Later this year, Onkyo plans to release the UBT-1 USB Bluetooth Adaptor which will allow even better integration between electronic devices and Onkyo network receivers.

These four receivers redefine the kinds of features and performance the consumer can expect at the entry level, and show Onkyo to be driving the industry forward with innovation, imagination, and style.

About Onkyo
Since 1946 Onkyo has been passionately committed to developing audio products that deliver uncommon performance, quality and value. Bundling proprietary technologies and innovations with other sound-enhancing exclusives, Onkyo continues to created award winning products that are lauded by many of the industry leading audio publications. The company’s philosophy is to deliver products that are superbly designed and built to a consistently outstanding standard of excellence. The results can be seen in the obviously high quality of any Onkyo-manufactured product, even before it is turned on. Visit Onkyo’s website at  www.onkyousa.com.  Follow Onkyo USA at www.facebook.com/OnkyoUSA.