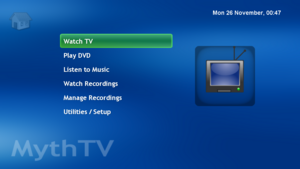 I recently posted that MythTV 0.24.2 was released.  Well, one of the developers of MythTV has posted to the list a proposed schedule for MythTV 0.25.  This is the first schedule that I’ve seen with actual dates.  Keep in mind that these are targets and not hard deadlines.  MythTV devs have always said that they will release updates when they are ready and not on some arbitrary schedule.  But hopefully we’ll see something this spring!