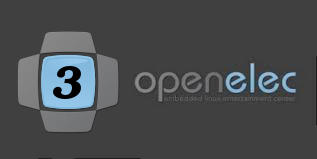 It seems like just yesterday that the OpenElec team announced that they were hard at work on OpenELEC 3.0 and were ready for people to begin beta testing. The final release of OpenELEC 3.0 is now available. OpenELEC 3.0 is based on the ambitious “Frodo” release of XBMC and actually ships with the recently released 12.1 version of XBMC which rolled in a number of improvements and bug fixes submitted by the OpenELEC team, particualrly for XBMC’s new AudioEngine. With version 3.0, OpenELEC becomes the first XBMC distro with full XVBA support for AMD GPUs and with dedicated builds for Intel, Nvidia ION, AMD Fusion, Raspeberry Pi, Apple TV, Xtreamer, and the Arctic MC001 that the OpenELEC team recently partnered on, OpenELEC 3.0 is the most versatile release of the XBMC distro to date. Unfortuantley, for some of us, the release of OpenELEC 3.0 will also be somewhat bittersweet as the team has announced that this will be the penultimate release for 32-bit ION and Intel systems. My first generation ION nettop gained a new lease on life with OpenELEC, but its days may finally be numbered.

The OpenELEC team is proud to release OpenELEC 3.0.0

OpenELEC 3.0 is built to support XBMC Frodo 12.1 and almost every part of the core OS has been updated and improved since the 2.0 release. The project now supports a broader range of mediacentre hardware than ever before, including dedicated OS images for the budget friendly Arctic MC001 and ultra-low-cost Raspberry Pi systems.