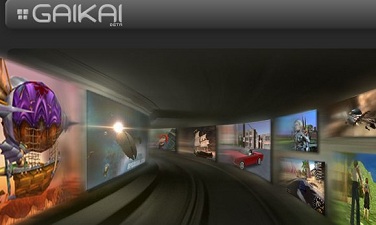 Smart TV platforms peddling games are not new at this point, but such games tend to be simple, casual affairs. Gaikai and LG are hoping to take things to the next level by offering Gaikai as part of LG’s Smart TV games portal. Gaikai streams games from the cloud, allowing LG’s Smart TVs to play powerful PC and console titles that would otherwise be beyond the TV’s processing power. The Gaikai integration is still in the prototype stage and there’s no word on what peripheral devices will be needed for controllers, though one would hope that LG understands that the LG Magic Remote probably will not cut it.

Gaikai says it has spent three years building the fastest interactive cloud network in the world, instantly capable of delivering cutting-edge games without the need for any extra custom hardware. The company’s cloud platform will be a part of LG’s game portal service within the Smart TV ecosystem and will allow consumers to use their Smart TV log-ins to seamlessly play a broad range of games, including some of the lastest award-winning releases.