Updates for My Movies for WMC, WHS and My Movies Collection Management Released 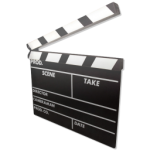 My Movies for Windows Media Center and My Movies Collection Management 4.02

Added: Check for TV Series with lost connection to disc title.
Added: Handling of discs that were unidentified during copying. Upcoming functionality for Windows Home Server.
Added: TV Episodes and disc titles that have only been partially watched now have a partially watched icon rather than a watched icon. This is only supported when using the internal Media Center player, and not on ISO files.

My Movies for Windows Media Center and My Movies Collection Management 4.02

Added: Check for TV Series with lost connection to disc title.
Added: Handling of discs that were unidentified during copying. Upcoming functionality for Windows Home Server.
Added: TV Episodes and disc titles that have only been partially watched now have a partially watched icon rather than a watched icon. This is only supported when using the internal Media Center player, and not on ISO files.
Added: Rolling backdrops is now functional also on TV Episodes.
Added: TV Series configuration section in Windows Media Center.
Added: Various setting options in Windows Media Center.
Added: Option to select main movie on DVD’s. This will later on be used in situations where the automatic selection fails..
Added: Mapping of TV Series on Blu-ray discs. It is not yet possible for us to provide instructions on how to see what is playing in a player.
Added: Contributing of chapter titles on Blu-ray discs
Added: In add titles, pressing <enter> while typing in a search field, will now start the search.
Added: Support for launching ISO files and drive playback for devices where autoplay in Media Center have been configured to be disabled.
Added: Option to debug playback by adding DWORD “PlayBackDebug” in HKLM\Software\My Movies and setting it to 1.
Added: “certification” node to NFO XML for YAMJ
Added: TV Series are now synchronized to and from the webserver.
Added: Only added/deleted/changed titles are updated on database sync.
Added: Option to mark a disc as being a bonus disc. This is to be used for TV Series mapping instructions and for future option of displaying bonus discs in Windows Media Center.
Added: There is now a digital copy checkbox in the discs dialog. If discs are marked as such, they do not require a disc id for the title to be complete.

Change: “Actions” page is now placed after synopsis for easier access.
Change: The tabs on the details pages is repeated scrollable, which means you can press “left” from initial page to access the “actions” page, avoiding having to scroll though all pages.
Change: mymovies.xml file is now encrypted.
Change: Warning not to set language on items that should have been neutral when setting language on images.
Change: Playing TV Series on DVD episodes now stops playback when the specific episode stops playback.
Change: Series search now uses language search on server.
Change: Folder monitoring now checks if titles on UNC paths that no longer exists have the above folder existing, and if so, removes the title, where it previously was kept.
Change: DVD Profiler import changed to new online import option. This deprecates the option to import just data.
Change: Print Report changed to online option. This deprecates existing print report option.

Fix: ArcSoft TotalMedia Theatre update broke playback using this player.
Fix: Incorrect point requirement message.
Fix: Depending on DB size, an SQL Sentence could take too long to execute due to a missing index.
Fix: Issue where categories and genres entry pages always opened both movies and tv series when opening a sub category, even when you entered only movie or tv serie library.
Fix: Blu-ray and HD DVD prefixes on folder name to force BD or HD detection were case sensitive, they are no longer.
Fix: Now stores dvdid.xml file inside VIDEO_TS folder, to work around problem where SP1 broke display of meta-data for VIDEO_TS folders in the info screen when playing.
Fix: Special characters in episode names could cause them not to be included in the Dune index.
Fix: Folder monitoring did not correctly identify titles as Blu-ray based on ISO files or media types.
Fix: Sort by title did not make sense on TV Seasons view, and have been removed.
Fix: TV type parental rating showed as normal rating in preview screen.
Fix: Category assign or remove problem if you right click to add or remove categories on a title you are editing, and then save the title you are editing.
Fix: Data for inserted discs did not function as it should.
Fix: Personal title and sort title could remain when using change data function.
Fix: Data for inserted discs did not always follow cover profile looks.
Fix: The “Play All” functionality is now able to mark individual played episodes as watched.
Fix: Adjustments to improve speed of browsing on list and details as well as cover row and details screens, especially on extenders.
Fix: Navigation menu color overlay did not display right on extenders with overscan present.
Fix: Can now read DVD IFO files with errors in cell mapping structure.
Fix: Reading of DVD structure on discs where the index of the discstructure map is missing.
Fix: Not all subtitles were read on DVD discs.
Fix: Main movie detection is now based on time instead of filesizes.
Fix: Wait cursor did not hide when receiving a playback error on TV Series and Seasons.
Fix: Invalid mappings are now removed upon TV Serie data download for discs.
Fix: folder.tbn renamed to movie.tbn for VIDEO_TS folders to display data correctly in XBMC.
Fix: Stop now stops playback correctly instead of leaving playback in lower left corner.
Fix: NFO for XBMC and BDMV folders are now stored differently.
Fix: XBMC meta-data now stores tbn files and not jpg files.
Fix: Connection was not closed, causing load of TV Episodes to be slow.
Fix: Dune index was broken due to some changes in Windows Home Server part.
Fix: Playback with TMT5 did not mark watched.
Fix: Unidentified disc dialog could come up when it should not.
Fix: Issue with automatic update of online collection.
Fix: Exception could occur when uploading collection changes if database became unavailable.
Fix: Exception could occur when inserting a damaged disc.
Fix: Incorrect attempt to display a dialog if user already exited application.
Fix: Exception could occur if network drive became unavailable.
Fix: Error in TVUpdateStatus when changing lock on possible updates.
Fix: Minor error when changing banner on TV Series.
Fix: Season view in CM now shows multiple episodes with same episodenumber, if these are present.
Fix: Not all instructions in ‘Report Invalid Data’ was visible.
Fix: Some paths could cause a crash when uploading online collection.
Fix: Not owned episodes that have been removed on the server are now removed upon update of a TV Series.
Fix: DiscConnections to TV series are now removed when folder monitoring deletes a title.
Fix: Better handling of databases in incorrect states.
Fix: Missing check in folder monitoring and updating of TV Series.
Fix: Handshake timeout could time out when synching online collection
Fix: Better error messages when downloading not owned episode.
Fix: TV Series accepts that there is no country information.
Fix: Improved synchronization speed.
Fix: Ensuring that unidentified discs could not hammer service.
Fix: Issue with reset of collection numbers.
Fix: Exception in SQL sentense that could give issues syncing online collection.
Fix: The automatic location changer may have had problems with letter casing.
Fix: Connect to server exception.
Fix: An incorrect date in an XML file could cause an installation to stop monitoring.
Fix: Due to a database change, Collection Management was able tostart up even when not being connected to the service.
Fix: MediaInfo did not display correct in some audio channel configurations.
Fix: Titles with mediainfo of 1080 height did not display right if the width was not 1920.
Fix: Ratings for TV Series and TV Episodes are now automatically contributed to webservice.
Fix: Minor sync errors.
Fix: Minor bug when creating connection between Disc Title and TV Series