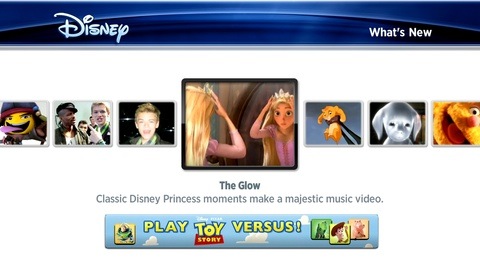 With hundreds of content channels to choose from, the addition of three new channels to the Roku Channel Store wouldn’t normally be big news, but today’s announcement is a doozy, if only for one of the three channels. The first two channels, Comic Vine and Giant Bomb will certainly have their fans. I personally listen to the Giant Bomb podcast on a semi-regular basis. However the big news is the addition of a Disney channel for Roku.

You can rock out to music videos from The Jonas Brothers and be sure not to miss OK Go’s Muppet Show Theme Song.  This channel also features animated shorts, clips and a compelling behind-the-scenes section that offer a sneak peek on how the Disney magic is made.

From the sounds of things, the Roku Disney channel’s will focus on clips and short form content which suggests it will be more of a promotional outlet than a true content outlet. Not exactly my cup of tea, but this is still big news for Roku. It is hard to overstate the significance of being able to list Disney as a content partner on the side of a box and in promotional material when trying to capture the attention of the general public.