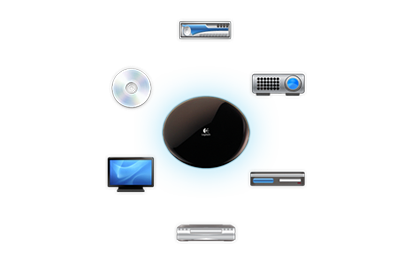 Logitech has introduced a new device that just needs a WiFi signal and power cord and it can talk to any of your iOS or Android devices via a free App. It will make them a universal remote, or as Logitech calls them, the smartest remote in the house. They have a dedicated iPad app that allows you just select a show from guide supported from Rovi and the Harmony will do all the work for you. It works just like Logitech’s other smart remotes, with one button click activity. We have seen other devices from other companies already out, this is just another option in your living room, and Logitech isn’t a stranger in that location. The Harmony Link suggested retail is around $99.99 and it will be released in late October.

Your iOS™ device or Android™ smartphone becomes the smartest remote in the house.