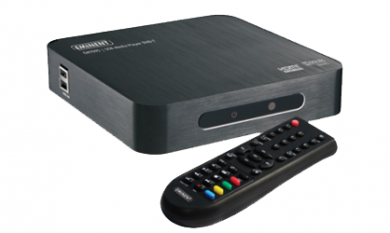 Another day, another new media player. This one has an interesting twist as its targeted at the European market and supports DVB-T television sources. Interesting idea, and the guys at WGS don’t have any major issues with it, but man their UI is not impressive at all.

Eminent’s EM7095 USB Media Player DVB-T is the first media receiver we’ve reviewed that integrates a DVB-T (or Freeview, as it’s known in the UK) TV Tuner. A combination of free, over the air and over the top online programming may well be the winning formula in years to come and the EM7095 could be a first step in that direction. Let’s take a look at what it can do.