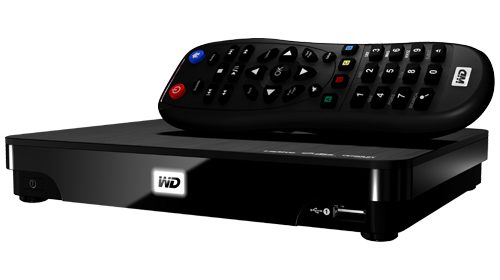 Interesting extender media player here, pretty sure it’s the first supporting HDMI 1.4. Will be interesting to see this in action when it finally comes out…price tag of $230 might scare some off though.

WD TV Live Hub Media Center is a high-definition network media player  with a 2.5” HDD built-in and with Gig-Ethernet functionality that is designed to satisfy the needs of users who wish to have the freedom of moving their content via network, and also to enjoy content streamed from the internet. Furthermore, with the built-in content services and HDD, user can download premium content directly into the media center without going through a PC.||||With its build-in high definition user interface, the network media center allows user to quickly navigate and playback media content that is stored in its embedded HDD, USB mass storage devices, or Internet on to a television. With the networking support, user can now drag and drop content from a computer to the embedded HDD. Also, Internet content from service providers such as Netflix, YouTube, Pandora, Live365, Facebook, and Flickr, etc. can be streamed to the end user. The network media center attaches to an entertainment center through a variety of audio/video interfaces and supports playback of all the major audio, image, and video file formats. It supports high-definition video playback up to 1080p through the HDMI video output