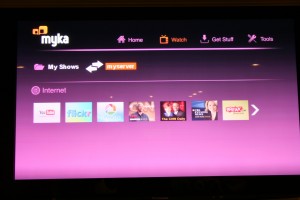 The folks at MediaSmartServer.net got their hands on the little Myka device and ran it through the paces. Not a terrible little unit, but not without some flaws. The units start at $199 though, so definitely weigh your options and needs before putting down that kind of coin on an extender-type device.