Apple working on a touchscreen remote for upcoming Apple TV? 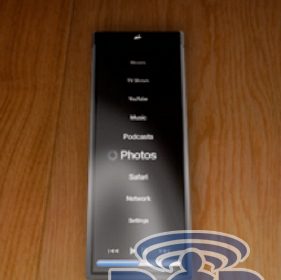 This is entirely speculation and rumor, but it would be pretty cool. I wouldn’t want a remote entirely via touch, but it sure does look slick.