Will my WHS Dream Ever Come True? 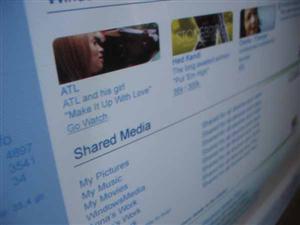 By now I'm sure you all have heard about Windows Home Server (or, WHS for short), Microsoft's latest OS idea about bringing a server into your home to provide a central system to store & backup all your files spanning from multiple systems. When I first heard about WHS, I got excited. You see, several years ago, there were some leaked photos on TGB of a Windows Media Server, that had an interface where it would show you what movie or TV was being shown to which system on the network. The possibilities were endless and it seemed that it would come out shortly.

Here are some of the screenshots I STILL HAVE to this day (3 years later…impressed? :-P) Now let me be clear: I did NOT take these screenshots. These were leaked & placed publicly on TheGreenButton forums 3 years ago:

Fast forward 3/4 years, and WHS is announced shortly before the Vista launch, and is basically Windows 2003 Server edition with a very nice automated backup & sharing feature. So what's my gripe?Â

With Media Center supposedly being such a growing interest & product within Microsoft, how is it's integration in a product such as this not realized? Microsoft has tried repeatedly to convey the idea of Extenders, where you can have these lower cost, quiet solutions by your TV, and then your computer in a closet streaming the content to it. So then…why isn't there any MCE integration?

I understand that they had to limit the number of features, but an MCE integration seems almost too simple to not do. Imagine if WHS could be your central Media Server Solution, where you could install 6 tuners, and have it stream to all your Extenders & Computers in your house. You could remote into it (since it's a secure server) and check up on what people are watching, or what's recording….record new stuff, etc.

The potential is definitely there, but as it stands right now, I just don't see much importance of this product for the Media Center market. Vista (and XP MCE for that matter) are solid enough products to use as a server, and you get the ability of having MCE. Don't get me wrong, I installed Beta 1, and absolutely love the features that ARE in WHS, including the Backup feature. But that being said, there's no way I can afford to have another system in my small house, which doesn't incorporate MCE.

Hopefully in the future, I'll finally see the Media Server product I was teased & tormented by so long ago.