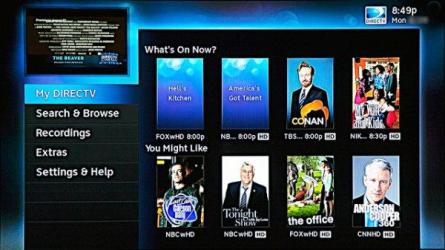 DirecTV has been a bit slow to get on board with HD, at least in the user interface of their set top boxes. The finally started pushing the new HD UI that they had been promising for years to beta testers a few months ago. Evidently they started rolling out it for real in November, but someone at DirecTV HQ must have realized that people would be watching a lot of TV over the Christmas weekend and decided some gifts were in order, because the HD UI’s rollout has been accelerating and new rollout dates are being shared so that everyone can wait with bated breath for their turn to roll around. However, DirecTV users who have to wait until later in January to get their HD UI update can console themselves by watching even more TV on their iPad. DirecTV is also adding 12 new channels to the iPad app’s lineup. Unfortunately, if you are a DirecTV user who has to wait until January and doesn’t have an iPad, then I guess you got the satellite TV version of a lump of coal for Christmas this year.

It’s live in many areas already where you’re probably enjoying the sweet, sweet new guide with its 16×9 graphics and speedier interface, but if you don’t yet have it, check out the thread at DBSTalk with estimated rollout dates for many areas. Also by way of the forum comes word of 12 new channels including AMC, Velocity and HD Net that were just added to DirecTV’s live TV streaming iPad app.