GeeXboX Hits 2.0 with a Shot in the ARM 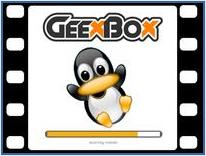 Many moons ago, when I first got started playing with HTPCs, I spent a lot of time vacillating between various Windows front-ends and media-centric Linux distros. The Linux distros in particular always intrigued me because most of them were available as Live CDs. One of those distros was GeeXbox. GeeXboX development has always been on a slow burn and I personally haven’t taken GeeXboX for a spin since before development on the 2.0 release was started a couple of years ago, so it was a nice surprise to see GeeXboX making headlines again.

When last I spun a GeeXboX disc, the distro was built largely around MPlayer, but with 2.0, GeeXbox seems to have settled in behind XBMC. The most interesting feature is support for ARM SoCs. I think ARM SoCs have a lot of potential in media streamers and set-top boxes, and I would love to see more projects with similar support.

Last time we heard about GeeXboX, Palm was ushering out its first webOS phone, Google was putting the traditional navigation model in the grave and unlimited Skype calling over LTE was but a figment of our imagination — two years later, and the aforesaid distro is finally reaching version two dot oh.