20,000 Leauges Under Your Home Theater 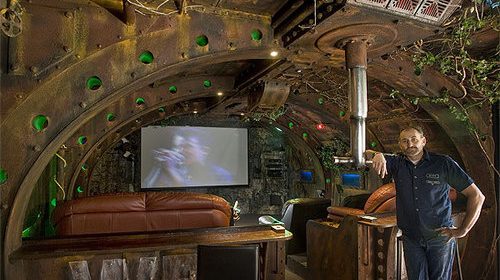 This is extreme. It’s like if you asked a 10 year old to design a theater based on his favorite movie it would look something like this. WAY too busy for my liking, but you have to appreciate the attention to detail. But I don’t know, I’d want something else for $100,000!!