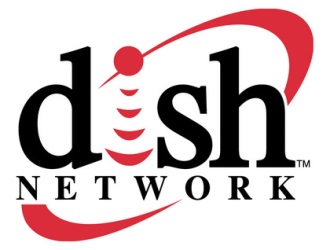 Dish Network has been busy looking for ways to monetize the Internet. Earlier this week Dish announced that it would begin offering satellite-based broadband Internet on October 1st. The service, dubbed dishNET, is aimed primarily at rural areas that are not serviced by the telcos or cable companies. With two tiers offering 10 or 20 GB caps, this is definitely only a service intended for data, though urban subscribers in regions where Dish contracts with a local exchange carrier will be able to tap into a more competitive wireline service that will also be available under the dishNET branding.

DishNet will be available nationwide as of October 1st, and will offer two main packages: the $39.99 / month package (plus equipment fees) will offer users 5 Mbps down and 1Mbps up, with a 10GB data cap. Stepping up to the $49.99 plan increases the download speeds to 10 Mbps and bumps the data cap to 20GB.

Satellite Internet is nothing new. Hughes Communications, recently purchased by former Dish parent company Echostar, has been selling satellite-based Internet service for decades, but Dish’s efforts to grow into the ISP market become a bit more interesting when combined with reports that Dish has been talking to companies such as Viacom about offering subscription TV service over the Internet. The service would bundle together small collections of channels for less than traditional cable and satellite subscription TV services usually charge. Dish is no stranger to Internet-based subscription TV, having established a strong toehold in international distribution with DISHWorld, but this new service is expected to target domestic markets. If successful, such a move would provide Dish with a low-cost alternative to attack cable competitors and, combined with the recent launch of dishNET, highlights how Dish is looking to the Internet to grow and diversify.

According to the news agency, Dish is in talks with Viacom, Univision and Scripps. The satellite operator would also bundle broadcast content in with a new Internet-based service, much like Aereo is doing in New York City. There is no word/rumor yet on pricing except that the new offering would be cheaper than a standard pay-TV subscription.