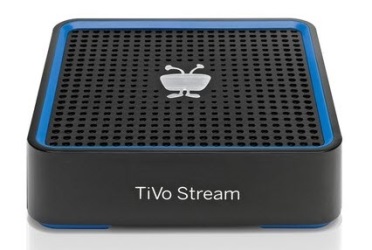 TiVo seems intent to do everything in its power to ensure that its customers never need to own more than one TiVo DVR at a time. First came word that TiVo’s extender-style box for multi-room DVR capabilties had been dubbed the TiVo Mini and would be due out by the end of the year. Now TiVo is drumming up interest in their TiVo Stream transcoder device and Dave Zatz has already taken it for a spin and shared his thoughts. The TiVo Stream is akin to a Slingbox, streaming content from a TiVo Premiere DVR to up to four mobile devices simultaneously. Of course, your mobile device has to be iOS-based for the time being, but an Android app is reportedly in the works. The TiVo Stream ups the ante by not only providing Slingbox-style streaming, but by also transferring recordings to your mobile device for offline mobile viewing. The TiVo Stream is due out September 6 for $130, and pre-orders are already underway. Assuming you don’t subscribe to a TV provider that makes heavy use of the Copy No More tag, it sounds like the Stream will be mighty tempting to TiVo afficionados.

The TiVo Stream ($130) is essentially a small network-connected companion box that relays video from a wired TiVo Premiere DVR to an iPad or iPhone. An (upcoming) update to the already highly functional and attractive TiVo iOS app enables Stream connectivity and playback — making for some seemless integration via new “Watch on iDevice” and “Download” buttons.