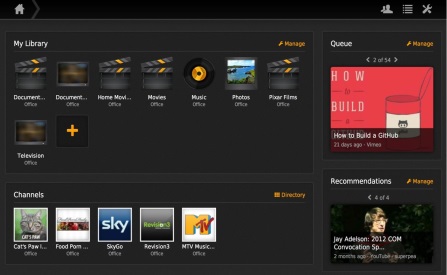 The good folks over at Plex have updated the Plex Media Server to version 0.9.6.8. Included are the usual collection of bug fixes, most targeting specific hardware or file format issues, including a fix to reduce memory and threads usage that will be welcome for Plex users running their server on a low-powered machine. However, updating Plex Media Server seems to have been a means to an end this time around as the new media server sets up two big announcements from the Plex team.

This is the first part, in which we release a new version of the Plex Media Server, fixing a number of issues, and adding a few tasty nuggets.

First up is the introduction of PlexPass. PlexPass is a new, optional subscription service that will cost $3.99 a month. PlexPass members will get early access to new features and access to private forums for discussing the new features being tested and provide feedback. The announcement of PlexPass comes with the announcement that the Plex team is planning on offering premium features for Plex in the future. There’s no word on what these premium features will be or how much they will cost, but PlexPass members will have free access to these forthcoming premium features while in beta and will receive a discount on the final versions.

What if you don’t want to sign up for PlexPass? Well, life continues on much like it has. You’ll still get new features when we release to the general public (except for premium features, of course). This is our way of being extra awesome to the PlexPass members, not less awesome to the rest of you.

The second big announcement is the introduction of a new Plex web client. The new web client requires the new version of the Plex Media Server and is the first PlexPass early-release exclusive, so only PlexPass memebrs will get to try out the overhauled web app for the time being, but the team is making some big promises about the performance and capabilities of the new app. It will be interesting to see if the Plex team is successful in building a base of subscribers willing to pay to be beta testers, but early access to the new web app provides a solid example of what PlexPass members might have to look forward to in the future.

We had some lofty goals for this new app: First of all, it had to be fast, even with huge sections. Like, much faster than even the old OS X manager. Secondly, why stop at management? We wanted you to have the ability to play music, watch videos, and view photos, right in your browser. In addition, why not have the ability to manage and view channels in the same interface? And what about powerful new ways to slice and dice your media library? And by God, it had to work well on mobile devices too, and across browsers.