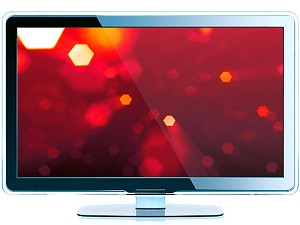 Love it or hate it, 3D TVs are obviously here to stay, but eventually 3D TVs will be ubiquitous and it will be time for TV manufacturers to push a new round in the upgrade cycle. The next round is likely to include a system for viewing content in 3D without special glasses, one of the most oft-requested features for current 3D TV technologies. The challenge is developing a technology that provides convincing 3D images at a wide viewing angle without bieng cost prohibitive. Researchers at the MIT Media Lab have been workinging on one possible solution that promises to deliver on both accounts. Their glasses free Tensor Display technology involves layering three LCD panels with offset images and utilizing complex algorithms for staggering the steroscopic strobing generated by the lower panels to maintain the 3D effect across a wide viewing angle, even when the viewer is in motion. What’s more, the Tensor Display could be built using mature production materials and facilities, requiring only that manufacturers continue their refresh arms race until they hit 360Hz, which give how quickly manufactures have pushed their way up to 120Hz and 240Hz, shouldn’t take long at all.

Despite impressive recent advances, holographic television, which would present images that vary with varying perspectives, probably remains some distance in the future. But in a new paper featured as a research highlight at this summer’s Siggraph computer-graphics conference, the MIT Media Lab’s Camera Culture group offers a new approach to multiple-perspective, glasses-free stereo-3D that could prove much more practical in the short term.