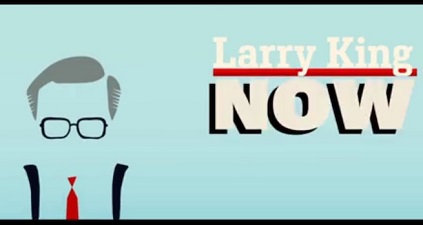 Larry King is back on the air with the help of Ora TV and Hulu. Ora TV is a new company that bills itself as an on-demand digital television network, and for their first show, the fedgling network has teamed with an industry heavyweight in Larry King. Larry King’s new show, Larry King Now, is an interview program similar to his Larry King Live show on CNN, but instead of broadcasting on a major cable network, Larry King Now is being broadcast on Hulu. The show can also be viewed at Ora TV’s website via a Hulu embed. Hulu has long been one of the best places online for accessing traditional network programming and the company has been working diligently on building out its portfolio of original content, but the debut of Larry King Now represents arguably the most high-profile example of Hulu’s efforts to serve as a central distribution point for the new breed of online networks.

Episodes will air Monday through Thursday each week and, according to the host, the new show provides a good deal more freedom than his previous program on CNN. “There are almost no constrictions on the Internet,” he says. “Although I’m not gonna curse.”