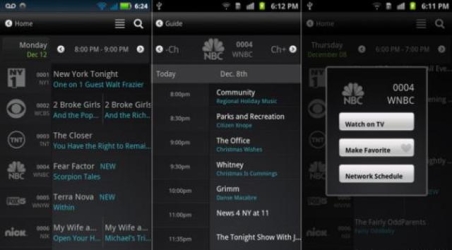 Time Warner Cable hasn’t managed to put out an app for streaming live TV anywhere but the iPad so far, and has only recently started paying attention to Android tablets, but Android phones are getting some extra attention from TWC. TWC has let slip two new apps specifically formatted for Android phones. There is My TWC, an account management app, and more interestingly, TWCable TV, the first phone specific version of TWC’s TV control and streaming app. Unfortunately, the live streaming part is still forthcoming. Time Warner Cable may be taking their time rolling out their mobile streaming app with all of the features turned on, but at least they will be spread out across all of the major apps and device types.

iPhone and Android owners alike shouldn’t have to wait long for their relief however, as the iPhone edition is slated to arrive in January, and ICS-enabled live TV streaming is still on the roadmap for “early next year.”