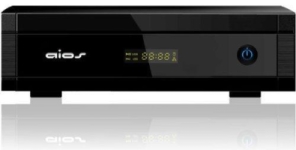 We first caught wind of the Pivos AIOS HD Media Player a few months back, and now it has been taken out for another test spin. Unfortunately, it sounds like the test involved a whole lot of spinning tires. The Pivos Technology Group likes to position the AIOS HD as an HTPC without the PC, but it sounds like even as a basic streaming box there is quite a bit to go wrong here. It’s never a good sign when even a device’s troubleshooting dialog boxes can’t do any better than acknowledge an issue.

The final issue we ran into involved an error with the rescan process (as if it wasn’t bad already) that prevented us from accessing any media files. After starting the AIOS we were prompted with a “tip” any time we tried to access videos, music and photos:

What makes this “tip” comical is the only solution given by the system is “I know.”