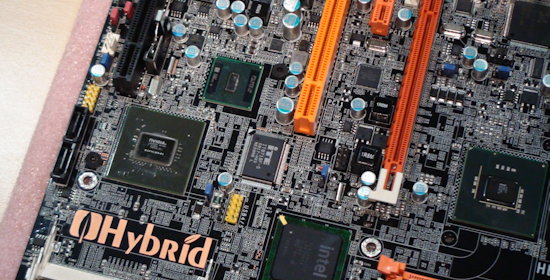 I’m not sure if you all have seen this, but it’s a pretty innovative idea from the folks at DFI. Basically it’s combining 2 systems into a single motherboard, which could be useful if you do a lot of HTPC and gaming. I’m curious to see the wattage ramifications of such a system, but this definitely shows some outside the box thinking.