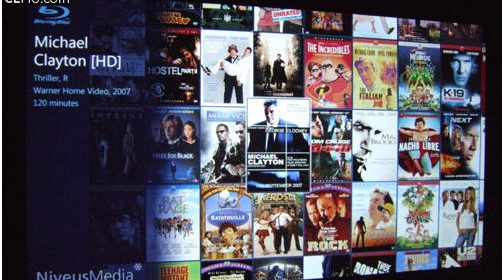 There are a lot of press releases that hit the wires that typically amount to a company congratulating itself for releasing a new product. Though this press release isn’t that different it does show how Niveus is advancing the Media Center platform. They are utilizing a new movie front-end plug-in that better emulates the Vista look and feel. Keeping the Vista Media Center experience fluid across all plugins is pretty important in my opinion. Especially for custom installers with clients that demand an experience similar to a standard CE product.

This program will work with ripped Blu-ray and standard def DVDs but will not violate any laws because it only acts as a front end.