I used to work retail tech support, and let me tell you, nothing is more reliable at breaking down than combo devices: DVD/VCR, TV/DVD, etc. So I can only imagine how happy you'd be to live without your microwave while you have to get your tv repaired. Do LCD TV's really take up so much space that you have to […]

END_OF_DOCUMENT_TOKEN_TO_BE_REPLACED

Are the format wars starting to see a victor arise from the muddy trenches? Well according to InfoWeek, BD sales are up over HD DVD for the second month in a row. Not surprisingly, the PS3 plays a large part in these numbers. From the article: Since the week ended Jan. 7, Blu-ray sales have ranged from a low of […]

END_OF_DOCUMENT_TOKEN_TO_BE_REPLACED

As the title mentions, Sony is expected to announce Playsation Home for the PS3 this fall. No details yet, but we can expect to find out more during Phil H.'s keynote speach at GDC. As consoles become a greater part of the digital life, I figured it was worthwile to post this type of news. Engadget Post: Joystiq Post: Phil […]

END_OF_DOCUMENT_TOKEN_TO_BE_REPLACED

I joined the MP3 revolution with a 30GB iPod video

Digg this story!Â  Not to get all gadgety on you but I finally got myself into the 21st century for mobile/personal audio. I thought I would share my first impressions, and general usage experiences as well as comments on moving video to the iPod from various sources including downloads and converted TV recordings.   First Impressions Man this thing is […]

END_OF_DOCUMENT_TOKEN_TO_BE_REPLACED

The RIAA is at it again, this time around their aim is to destroy Internet Radio. Its not hard to see they are out to kill any sort of innovative use of the Internet and music. They want to charge royalties of about $5 per month per listener by 2010. That is pretty dang high if you ask me. From […]

END_OF_DOCUMENT_TOKEN_TO_BE_REPLACED 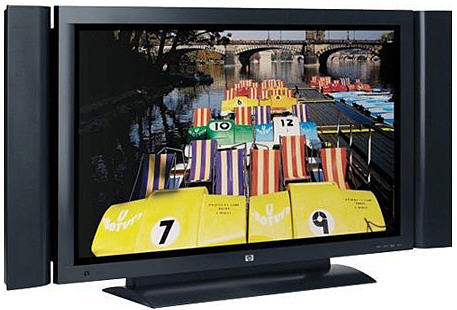 More and more major computer companies are trying to get into the lucrative display device market. HP, not will to be an exception, released a coupleÂ of DLP models back in 05. While the DLP models were feature rich, they were in very short supply and had many reported build problems. Fast forward to now, they are now concentrating on Plasmas […]

END_OF_DOCUMENT_TOKEN_TO_BE_REPLACED

Some might say Sage is due for a major UI overhaul, however, skins like the new iSage should keep people happy in the mean time. Based on Apple's Front rows, this is truly a skin and not a major change in functionality for SageTV. iSage: