When
you look at the photos of the 700 it does not stand out nearly as much
as the Harmony One line of products. The One is glossy black, and the
700 is more of a matte finish. The One has a giant touchscreen whereas the
700 has a smaller screen non-touch. When we take a closer look at the
remote though, it’s clear that the 700 is a solid addition to the
Harmony lineup.

As you can see, the Harmony 700 includes
something which neither the 8xx or the One/900 have–four pre-standard
activity buttons at the very top: Listen to Music, Watch TV, Watch a
Movie and More Activities. Each of these buttons are configured to
launch the given activity. In case you missed it from our previous
review, Harmony Activities are basically the set of commands you
execute with the push of a single button on the remote. For example,
"Watch TV" will turn on your television set, turn on your receiver and
even set the volume if you so choose. There is a definite convenience
to having the buttons always there, versus the Harmony 890 or One which
utilize their larger screens to display the activities on the screen
itself. Initially I was not a fan of them but after a bit of time I
found myself enjoying the convenience of always knowing where the
buttons are without having to look at the screen/remote.

Everything
else on the screen is pretty straight forward, including the four
colored buttons a quite handy page up/down button. The color buttons
are there for satellite, cable and teletext users as needed, and the
page up/down button is there for whatever your needs–even though Media
Center can use the Channel up/down as a page button, it’s nice to have
a dedicated button there now.

As for the layout of everything I
found it to be very comfortable. The buttons have a solid rubbery feel
to them which took some getting used to. One of the complaints on the
890’s layout had been the non-raised buttons and everything being the
same height and close to each other. The 700 answers that problem with
separate and raised buttons, making it much easier to find in the dark.
I say dark even though the remote does behave the same way as the
higher end remotes by illuminating all the buttons when it senses you
have picked up the remote. It’s super convenient but I’m sure
contributes to the speed at which the batteries drain.

Luckily
the remote’s batteries are included and they are rechargeable NiMH AA
batteries. To charge your 700, the package includes a power adapter
with a USB plug, and you use the same USB cable to both sync and charge
the remote. This is very handy and should help you not lose things
since it’s even more important. That being said, it was slightly
annoying that you can NOT use the USB cable from your computer to
charge the remote. Sorry folks, you have to actually plug the cable
into the adapter into the wall. Not a huge deal, but would be nice for
the future.

The lack of touchscreen however is not the only feature not included in the 700 that you find in the One/900. The 700 only supports a maximum of 6 devices. So, if you own a TV, Receiver, Xbox, PS3, STB and AppleTV then you’re fine. Anything more than 6 and you’ll need a different remote. I think 6 is a solid number for most modestly established home theaters–my living room has a TV, Media Center PC, A/V Receiver and XBox 360. In addition to that limitation the remote also does NOT include RF Capabilities. This is not really surprising since Logitech usually only includes RF in its highest end remotes such as the 890 or 900, but still something to be aware of if that was a feature you must have.

The last bit is in regards to the charging methods previously mentioned. Unlike the more expensive 890/One/900 which utilize a docking station/cradle to charge the remote, the 700 relies on a unique USB cable (why they could not use a standard mini-USB is beyond me). Not having a cradle is a minor inconvenience since the batteries do tend to last a very long time. In my testing of over 4 months of using this remote daily, I have had to charge it a whole 2 times. Quite impressive indeed.

So that’s pretty much it for the review. I wanted to cover everything our readers would consider when picking a remote and I think the biggest issue with remotes is the initial setup and the look and feel since you are using it every single day (most of us anyways). The setup is a breeze as it benefits from the years of improvements the Harmony software suite has applied to itself. It has a ridiculous preconfigured collection of hardware devices as it works online to always use the latest database, so odds are it has your electronic devices in its memory. If not, learning the codes from other remotes remains a breeze.

Overall there is a lot to like here. The MSRP for the remote is $149.99, but like most Harmony remotes these will go on sale rather quickly so you should be able to get it for a bit less. $150 on a remote is nothing to take lightly, but considering the MSRP of the wonderfully reviewed Harmony One is $249.99 you really are not giving up too much functionality for $100 in savings. I will make this part clear however, the 700 is not NEARLY as impressive or showy as the One. Pick up the One and you see its shiny glossy casing and the super size touch screen really jumps out at you. Just starting at the paint color on the 700 you can tell its not nearly as much a showoff piece, everything is much more subtle or smaller. From a functionality standpoint however, you are really just giving up the unlimited number of devices and RF capabilities from its more costly brethren. 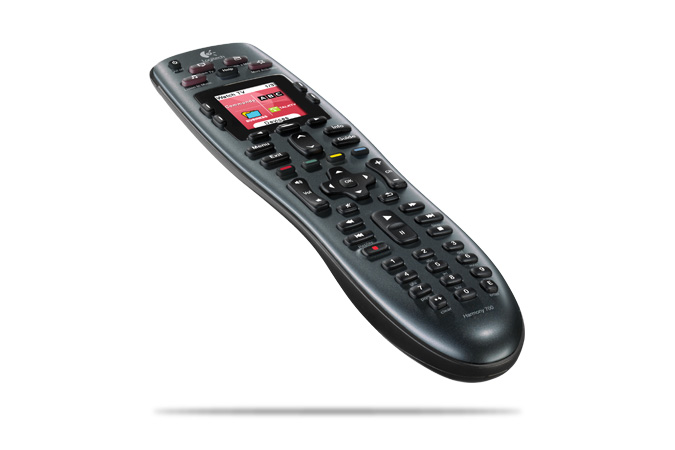 There are a lot of remotes to choose from and the 700 is a very valid competitor. If you had some of the previously mentioned gripes or just can’t see yourself spending over $200 on a remote control, then this is a fantastic remote control. You get to enjoy the benefits of the easy to use Harmony activities and software setup, and the remote really is a pleasure in your hands. I did miss the convenience of not having a charging cradle like the higher end. I had become accustomed to just always putting my 890 on the cradle at night so it was always fully charged. That being said, the batteries seem to last plenty of time so in my testing this was a very minimal complaint.

If you are looking for a remote control for your home theater the 700 will be a fantastic addition. There’s nothing I threw at it that it can’t handle and I was pleasantly surprised with all the subtle touches which the crew at Logitech included on its appearance, all while maintaining the lower MSRP.

Thanks to Logitech for providing the Harmony 700 used in this piece. Feel free to add any questions, comments or any other testing you are curious about in our forums link below.