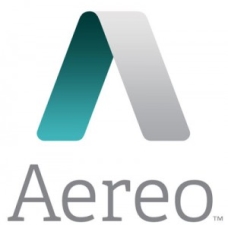 Aereo, the fledgling service that looks to use tiny antennae to receive broadcast TV signals and then stream the video to subscribers over the Internet, hasn’t even made its way out of the invite-only beta phase, and already it is the target of lawsuits. Two groups of broadcasters have filed separate federal lawsuits claiming that the service violates the Copyright Act. None of this comes as any surprise. Predictions of lawsuits were rife even as Aereo was being announced and Aereo’s response to the lawsuits came quickly enough to suggest that Aereo’s lawyers already had a pretty good idea of how they were going to respond to the inevitable. The courts have sent mixed signals about how to handle intermediaries in the video delivery process. Will the courts find that Aereo falls more on the side of Cablevision’s remote DVR or on the side of Zedevia’s streaming DVD players?

There have been questions about Aereo’s legality from the start, and now it’s getting a test. So far at least two groups of broadcasters have filed complaints against Aereo. The fundamental question at play? Can Aereo capture free TV from the air for you like a DVR and then post it to the internet so that you can watch it from your computer, your phone, or anywhere else, without violating copyright law.