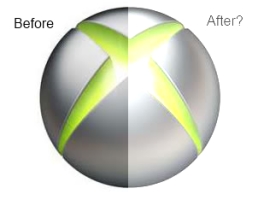 If you have been enjoying the new video apps that came with the Xbox 360’s recent dashboard update, but feel like your videos seem to have lost their sparkle, you are not alone. Eurogamer responded to the concerns by running histograms comparing RGB levels in screenshots of videos playing on pre- and post-update Xbox 360s and found that after applying the Metro-infused dashboard update Xbox 360 video playback suffers from a limited RGB range output. The result is a washed out image that is also more prone to revealing compression artifacts in dark images. The good news for gamers is that the issue appears to be limited to video playback and does not affect gameplay image quality. I don’t personally watch a lot of video content on my Xbox, but I am curious whether anyone else had picked up on this issue?

The new dashboard forces video content to be run at “limited range RGB levels,” versus “full range” RGB as the console previously did. The end result is a washed out look that has many videophiles quite unhappy.