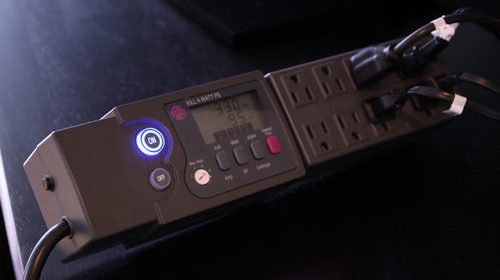 If you have read any of my hardware reviews, you know I’m a *huge* fan of the Kill-A-Watt device, which allows you to see exactly how much electricity your devices are draining. If you always wanted to have one but on all your devices, then you’re finally in luck! Cool device with only a few drawbacks, one being the $75 cost. But given that the original Kill-A-Watt still costs around $30, it’s pretty reasonable.