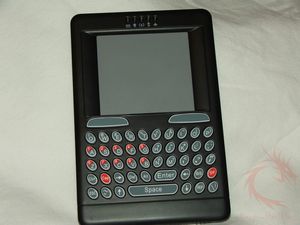 This is far from the most attractive wireless keyboard I have ever seen, but it is pretty innovative and you would have a hard time arguing with its $40 retail price. The reviewer likes it, I wouldn’t mind just a bit more style to it, but like the idea. I doubt I’ll trade in my Logitech Dinovo Mini for it though.